Ethnic minority entrepreneurs are over a third more likely to have given up on venture due to a lack of funding compared to their white peers.

That’s according to new research by private equity firm Salonica Maroon, which specialises in social impact investing and has just launched a new £75m fund aimed at tackling the diversity problem.

The fund will be available to founders from genders and cultural backgrounds traditionally underrepresented in venture-backed businesses. This is the firm’s first fund that’s aimed solely at entrepreneurs from diverse backgrounds.

“We’ll be investing growth capital into consumer and retail led businesses,” explains Omar Majid, head of sustainability at the firm. “Decisions over which of those businesses receive investment comes down to two key areas: the financial case and the sustainability case.”

The fund is the largest diversity-focused fund announced in the UK in recent years. Ada Ventures closed a $50m fund in December of last year to fund overlooked founders and overlooked markets.

Other UK-based, diversity-focused funds include January VC, which invests in early stage startups and is particularly focused on those from diverse backgrounds, Goodsoil VC, funding diverse teams across sub-saharan Africa and Europe, Impact X and Voulez Capital.

“Entrepreneurship should be reflective of society at large, it’s as simple as that. Why? Because it helps shape a landscape of products, goods and services that actually meet and fulfil the needs of all segments of society, not just the few.”

Salonica’s study, which surveyed over 500 business owners in the UK, found that 47% of white founders have given up on a project due to a lack of funding. That’s compared to 74% of Black entrepreneurs, 68% of those from mixed or multiple ethnic minority groups, and 56% of Asian business owners.

40% of Black entrepreneurs named persistent racism as a contributing factor in their inability to secure funding, as did a third of Asian entrepreneurs.

More than three quarters of Black business owners also agreed that minorities are less favourably treated by investment companies, as did 61% of Asian entrepreneurs and 59% of mixed or multiple ethnic minority groups.

The feeling among business owners is echoed by the figures.

A report last year showed that, between 2009 and 2019, just 0.24% of venture capital went into teams of Black entrepreneurs. It also showed that, across that decade, only one Black female founder raised Series A funding.

The new research also shed a light on the female experience of securing funding. It finds that 58% of women feel ‘overwhelmed’ and ‘unconfident’ about the process, compared to 34% of men.

We use cookies on our website to give you the most relevant experience by remembering your preferences and repeat visits. By clicking “Accept”, you consent to the use of ALL the cookies.
Cookie settingsACCEPT
Manage consent

This website uses cookies to improve your experience while you navigate through the website. Out of these, the cookies that are categorized as necessary are stored on your browser as they are essential for the working of basic functionalities of the website. We also use third-party cookies that help us analyze and understand how you use this website. These cookies will be stored in your browser only with your consent. You also have the option to opt-out of these cookies. But opting out of some of these cookies may affect your browsing experience.
Necessary Always Enabled
Necessary cookies are absolutely essential for the website to function properly. These cookies ensure basic functionalities and security features of the website, anonymously.
Functional
Functional cookies help to perform certain functionalities like sharing the content of the website on social media platforms, collect feedbacks, and other third-party features.
Performance
Performance cookies are used to understand and analyze the key performance indexes of the website which helps in delivering a better user experience for the visitors.
Analytics
Analytical cookies are used to understand how visitors interact with the website. These cookies help provide information on metrics the number of visitors, bounce rate, traffic source, etc.
Advertisement
Advertisement cookies are used to provide visitors with relevant ads and marketing campaigns. These cookies track visitors across websites and collect information to provide customized ads.
Others
Other uncategorized cookies are those that are being analyzed and have not been classified into a category as yet.
SAVE & ACCEPT 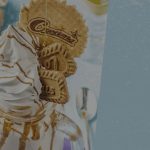 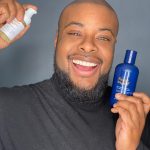